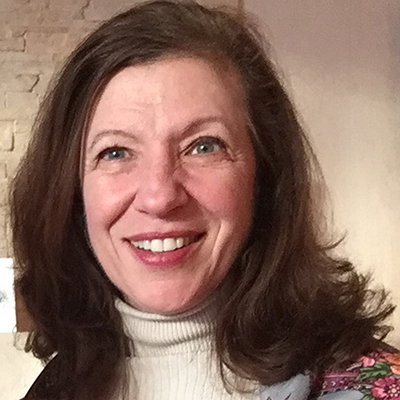 Kim Dixon is an experienced professional in strategy, program development/mgmt and organizational change management for corporations and NGOs. After 25 years in corporate America and Internet startups, she felt honored to serve in the Peace Corps in the country of Georgia (2014-2016) as a community economic development volunteer. She returned to its capital, Tbilisi, to support strategic planning for its first Hospice and other NGOs, including the Eurasia Partnership Foundation.   Returning to the US she joined Midtown Raleigh Rotary club. Kim has served on several Boards including National Association of Women Business Owners, Ronald McDonald House, St. Raphael's Church in Raleigh, NC, and Vail Racquet Club and Mountain Resort. She is currently the President Partnering for Peace: Friends of Peace Corps and Rotary. She enjoys NC, Colorado and Georgia (country of) hiking, swimming, skiing and spending time with her husband and three adult children. 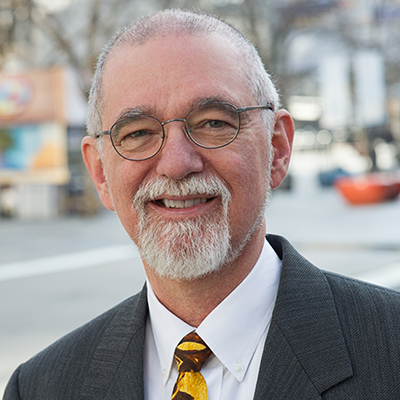 Charlie served as a Peace Corps Volunteer in Vanuatu from 2006 – 2008 as a business enterprise volunteer.  He has been active in Returned Peace Corps Volunteers of Colorado as a member of the Welcome Wagon Committee for the past six years.  As a Rotarian he has served as the club president, international service chair and club foundation president for the Denver LoDo Rotary club.  Within Rotary he has worked with other RPCV Rotarian to promote the signing of the partnership agreement between Peace Corps and Rotary International.  Within that project he currently serves as the Outreach Chair for Partnering for Peace: Friend of Peace Corps and Rotary, an NPCA affiliate group.  In his neighborhood, Charlie serves on three committees being a co-lead on the Golden Triangle Creative District Improvement committee.  Charlie retired from the Downtown Denver Partnership in 2018 where he worked in operations for the Downtown Denver Business Improvement District and the 14th St. General Improvement.  In that role he was the subject matter expert for growing trees in a downtown urban setting and called the “wizard of watts” in working with 16th St. Mall vendors to ensure that their electrical needs could be met. 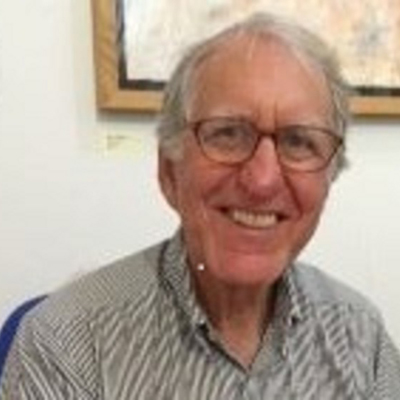 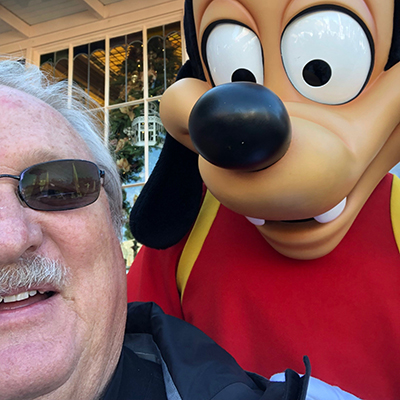 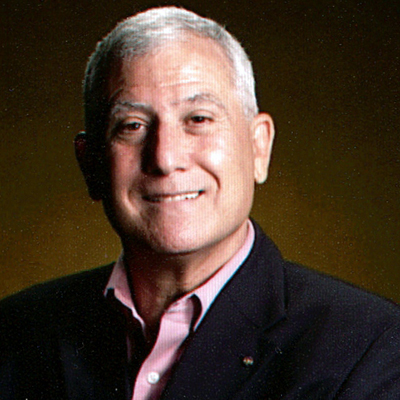 Steve Werner is an international development consultant after a 25 year career working with large NGOs, such as CARE, Habitat for Humanity, Water For People, and the International Society for the Prevention of Child Abuse and Neglect. His major focus is capacity building, program development and evaluation, fundraising planning, and board development. He served in Peace Corps – Korea as a two-year volunteer from 1976 – 1978 and Peace Corps Response – Georgia from 2016 – 2017. He has served in Rotary, through the Rotary Club of Denver Southeast, since 1989 and still serves at the club, District and International levels as a Water and Sanitation specialist. He has served in Leadership San Antonio, the Kellogg National Leadership Program, and the Salzburg Seminar. He is a past board chair of the National Peace Corps Association. Steve along with other Denver area Rotarians helped to develop the partnership between Peace Corps and Rotary and he is the charter president of Partnering for Peace: Friends of Peace Corps and Rotary. He has three grown children and four grandchildren. 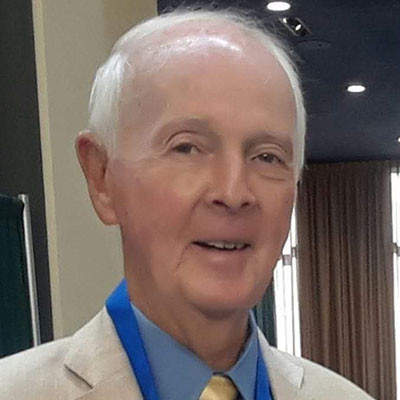 Richard 'Dick' Pyle has been an active Rotarian for 41 years in the club's of Alma, Michigan, Austin, Texas, St. Lucia, B.W.I and since 2003 the D.C. Rotary Club.   He has served in a variety of leadership roles including, International Services Director, Newsletter Editor, Program Director, and President.  He has a Ph.D in Counseling Psychology from the University of Florida.  His work experience includes academia and the Peace Corps.  In academia he has worked as a Counseling Center Director and Dean of Students.  In the Peace Corps he has served as a Volunteer, Training Center Director, Country Director and Agency Psychologist.   He is a multiple Paul Harris Fellow. 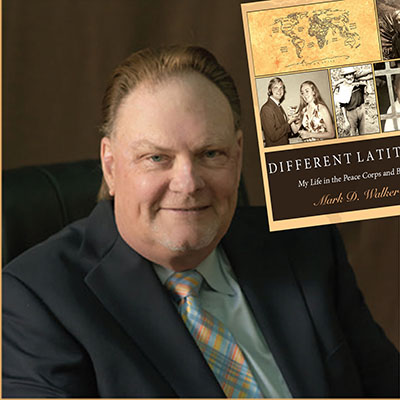 Mark Walker was a Peace Corps Volunteer (Guatemala 1971-1973) and implemented fertilizer experiments in Guatemala and Honduras. With a Master’s  Degree in Latin American Studies from the University of Texas in Austin, Mark co-founded a Guatemalan development agency and then managed child sponsorship programs for Plan International in Guatemala, Colombia and Sierra Leone. Mark was a certified Fundraising Executive (CFRE) for over thirty years and held senior fundraising positions for several groups like CARE International, MAP International, Make A Wish International and was the CEO of Hagar U.S. Mark joined Rotary in Bogota Colombia and was the Past President of the Scottsdale North Rotary Club. As a District Chair for “World Community Service” programs for three years, one program he supported in Bolivia led to his receiving the “Service Above Self” award from the Rotary International Foundation. All three of his children were Rotary “Youth Exchange” students. His memoir, “Different Latitudes: My Life in the Peace Corps and Beyond” was ranked 39th for “Travel, Central America and Guatemala” by Amazon. Two of his articles were featured in  “WorldView” Magazine and two others in Revue Magazine. He is presently the President of MillionMileWalker.com.  Mark and his wife, Ligia, live in Scottsdale, Arizona close to their three children and seven grandchildren. 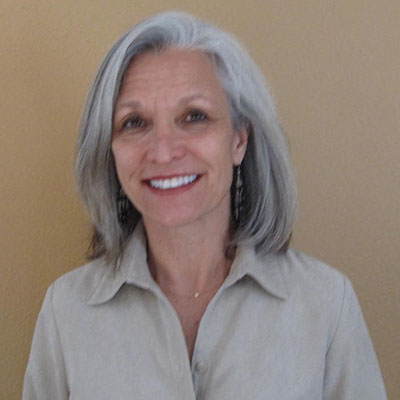 RPCV Honduras  (2009-2011).  Past president of the Vail Rotary Club and current Chair of the International Committee. 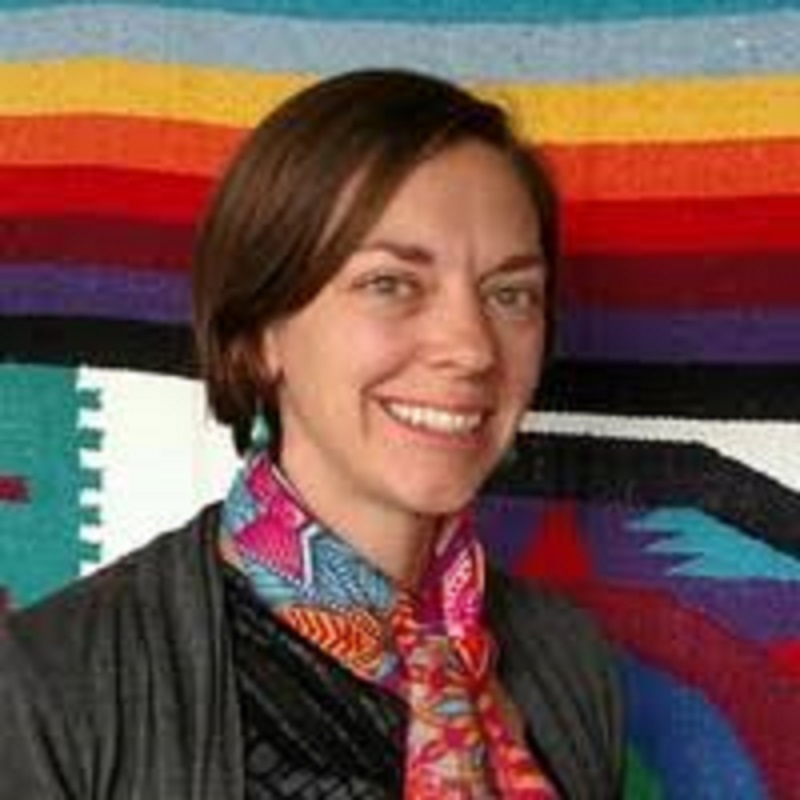 As a RPCV of Paraguay ('06-'10) and Panama ('17), Carin has been involved with Partnering for Peace since 2010. Carin serves on the P4P communications committee, supporting P4P social media and internship program. She is based in Milwaukee, Wisconsin, United States where she works as Learning and Development Manager with City Year Milwaukee. 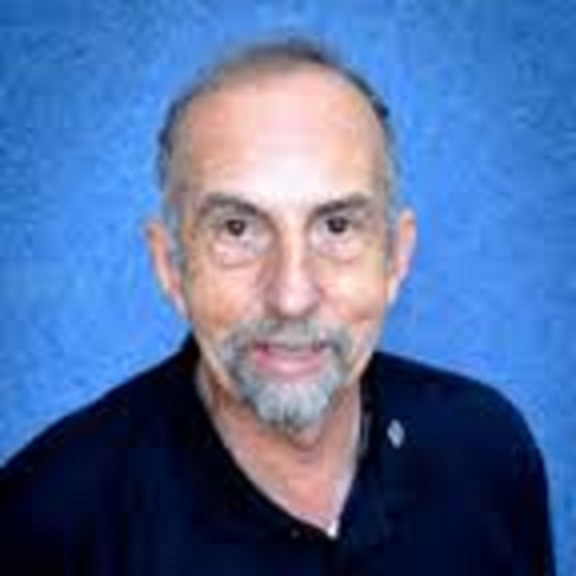 Chantelle's background is in public policy, community relations, and project management. Chantelle is a return US Peace Corps Volunteer (Paraguay), and a Rotary International Peace Fellow (University of Queensland, Australia). She has previously been involved with Mediators Beyond Borders International as chair of the Los Angeles Chapter; and as a graduate student, spent time with the United Nations Development Program in the South Pacific as part of her research. Chantelle is currently the co-chair of International Service for the Rotary e-Club of World Peace (District 5330).

She works as a Policy Specialist for the Internet Corporation for Assigned Names and Numbers (ICANN), and is based in the Los Angeles area. 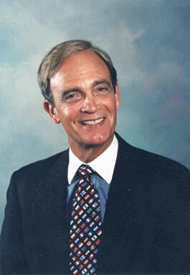 Miller developed an interest in international issues and the UN when he served as a US Peace Corps volunteer in the Dominican Republic. His first year, he worked as a community developer in a remote rural area; his second year he was Professor of Social Work at the Madre y Maestra University in Santiago, the country’s second largest city.

Miller is the founder/CEO/moderator of "Global Connections Television," which does most of its tapings at the United Nations in New York. To view some GCTV programs, go to www.globalconnectionstelevision.com/video-gallery. Global Connections Television, which is privately-funded and independently-produced, reaches over 70-million potential viewers each week worldwide. GCTV is provided at no cost as a public service to help people better understand international issues and how they impact their lives.

Bill Miller served as Chairperson of the United Nations Association of the United States of America's (UNA-USA) Council of Chapters and Division Presidents, which consists of UNA-USA's 175 chapters and 23,000 members, from 1988-91. In 1994, he won the UNA-USA’s prestigious Arnold Goodman Award for Outstanding Leadership.

Mr. Miller, an international relations specialist, has written numerous articles on the United Nations for newspapers, such as the Lexington-Herald Leader and the Washington International <www.washingtoninternational.com>

Bill Miller has been actively involved in Toastmasters International since 1998. He has served as Southern Division Governor and Vice-President for Public Relations and Membership in the Frankfort Capital City Toastmasters’ Club. He achieved the highest Toastmaster Honor of being a Distinguished Toastmaster (DTM).

Miller is fluent in Spanish, semi-fluent in French, and has studied German, Portuguese, Russian and Japanese.

Bill Miller has lived in and/or visited over 100 countries.

Mr. Miller and his wife, Paula, who is a retired language arts teacher, live in the historic district of South Frankfort in the Kentucky state capital. 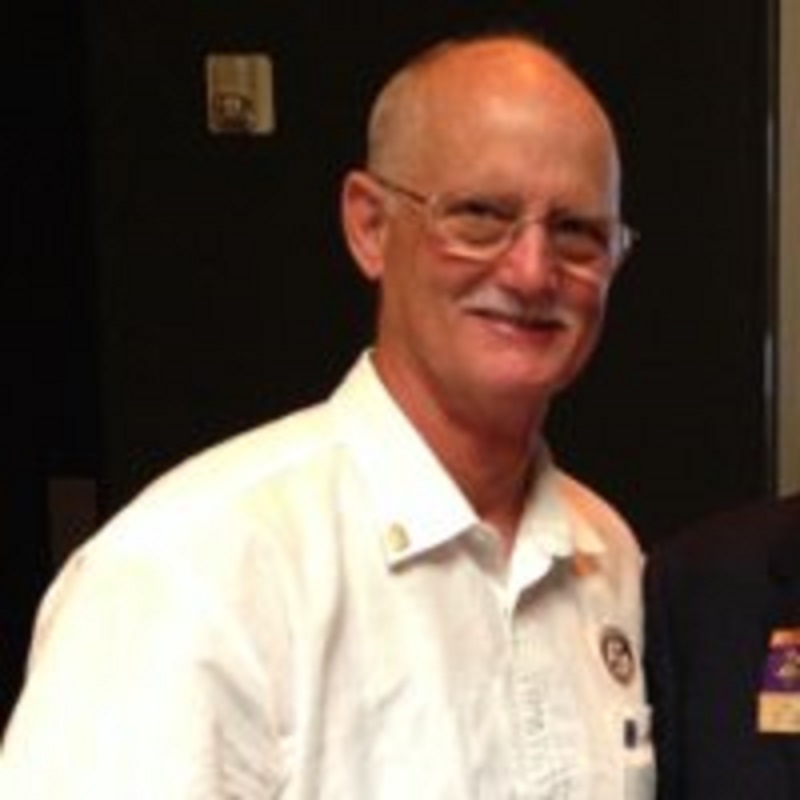 Bill is a 30 years Rotarian, held all club and various district roles (twice club president; 4 times assistant governor) and has coordinated Global Grant projects in Mexico and countries in Central America and in Africa. As a Rotary Foundation Technical Cadre, Bill have performed Global Grant in-country on-site evaluations for about 10 projects in other countries.  He has attended more than ten Rotary Conventions and WASRAG Water Summits, and is also a member of LitRAG.

Bill speaks Spanish fluently.  He lived in the Dominican Republic as a Peace Corps Volunteer 1968-70 and in Mexico for Farms Center International, 1971-73.  His career in public education provided many opportunities to expand and improve his bilingual skills in the education context. He currently resides in Ecuador, is past president of the Rotary Club of Bahia de Caraquez, D4400, and currently helps his club coordinate eight Global Grant WASH projects.

Bill is recipient of the Citation for Meritorious Service on behalf of the Rotary Foundation.  He was D5340 Rotarian of Year, twice Rotarian of the Year for the Santee-Lakeside Rotary Club, and recently designated the Rotario Mejor in the Rotary Club of Bahia de Caraquez. 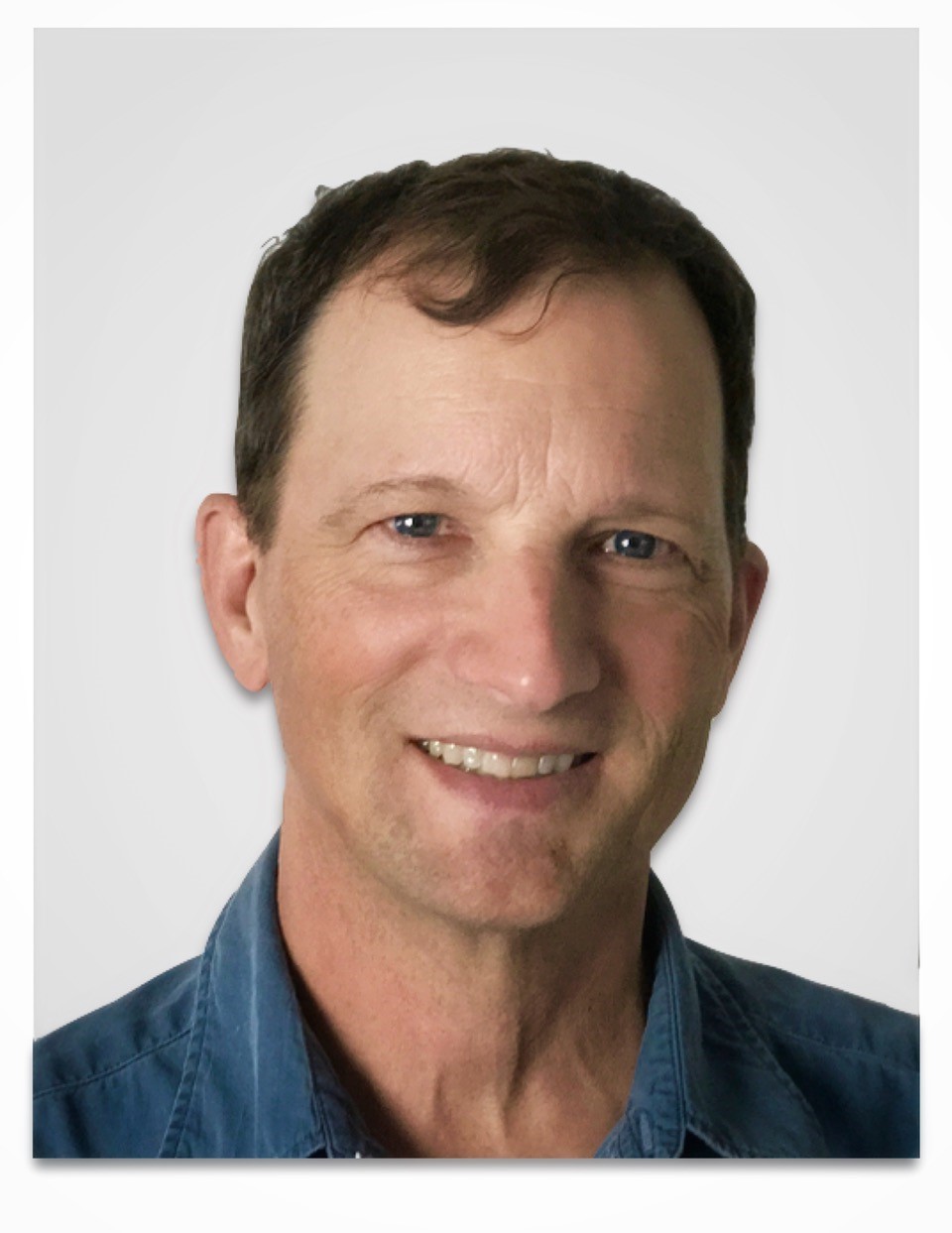 Cal Mann is a Volunteer Leader for Peace Corps North Macedonia, a Rotarian, an industrial designer and a former Apple Creative.  His Peace Corps assignment is focused on developing effective relationships between Peace Corps North Macedonia and select partners including the Association of Rotary Clubs. In his 15 years with Rotary, he worked with high school youth on community service projects and youth leadership development.